The amazing life and time of Edward Carter - Ferrari 400i Convertible

When doing a bit of searching I stumbled upon this blog and yes it had a reference to the Ferrari 400: 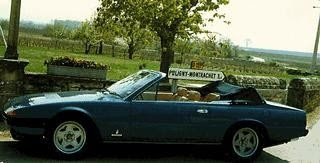 A very nice read and insight about his remarkable life. And as can be read Mr.Carter had a passion for cars as well. As such I reached out to him to learn more about the 400i he possessed. The next day I received the following feedback from him:

"I found the car in a shop in London. It had been rolled - thus the convertible top. I like it, I bought it. I sold it 3 years later for $75,000 to a California company who sent a man over to see it. I used it as a daily car. It didn't handle very well because the rear tires used to rub against the wheel wells because of structural material added when the top was removed."

Just curious now to know what happened with the car since and if it still exists today. Anyone?

16-8-2017: Guess what, the puzzle is getting complete already. Apparently Mr Carter bought VIN 38513, which ended up for sale by European Car Sales, Costa Mesa, California in October 1989 for USD  $ 107,500.  It subsequently returned to the UK. The following picture was taken of it in 1996 at the Italian car picnic, Ickworth Hall, Suffolk. 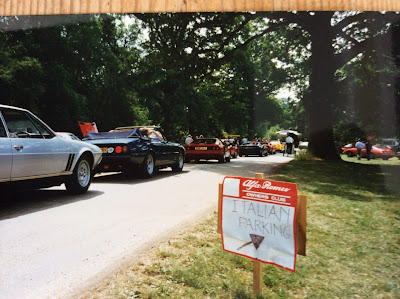 It was then registered DBW 396X and believed to be owned by a Malcom J Rogerson in the 1990s but it subsequently changed plates. It's unknown who did the conversion.