So many 400s up for sale these days and many are presented very nicely with great photo shoots.  And remarkably the RHD are still moving around very cheap compared to the LHD in Europe. I'm including this one only for historical reasons as mentioned in the advert. Curious to see for how much this will go.

This car, chassis number 30679, was delivered to Maranello Concessionaires of Surrey in February of 1980 and was initially used as a sales demonstrator by that firm. It was then sold to a retail customer in April 1980 having seen just 835 miles from new. The car next appears in the records of Maranello Concessionaires in February 1988 when then-owner, Mr George W. Robinson of London, returned the car for body repairs and fresh paint following corrosion. Included with the sale is extensive documentation of this work. Later service records and vehicle inspection test certificates are also included. 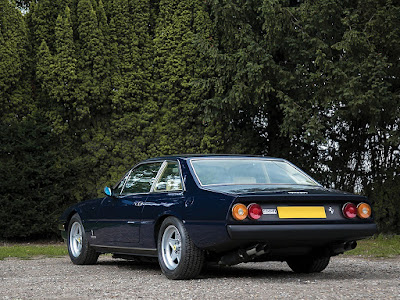