I got my hands on another nice item. It was listed on Ebay in Germany. It's a very nice and unique advert using the Ferrari 400 as a prop. When I saw it I had to have it. Unfortunately the picture on Ebay couldn't be enlarged but I could read the advert was coming from the English magazine "country life" September 1978. Just in case I was going to be outbid I could still attempt to hunt for this edition. In fact I only found one available on Ebay in the UK, but listed for 5 GBP and 8,50 GBP shipping costs. 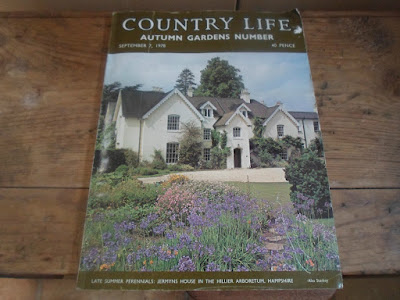 The seller of the advert had another 2 Ferrari 400 items of my interest for sale, so hopefully I could get all in one go. But of course I got outbid a few days later, including both other items (1 magazine article and 1 photo from a magazine). But there was still a little time left before the auction ended. So I had to overbid but the maximum set price was put slightly higher as expected. But I got it in the end. Sigh. The country life magazine purchase would have been a cheaper option. I bought that one nevertheless as well.

As for the advert you can read it was made for a luxury fur brand called Bradleys. I'm not familar with this brand so had to look up some history, in case you are interested too:

As for Harveys and Nicholson I guess this is a known one for the British folks. I think the first time I heard about this fashion boutique was in one of the Ab Fab episodes (long time ago) when the ladies had an urgent need for expensive shopping. Also ages ago, I think about 20 years or so, I had one of my first abroad business training trip in the UK. If I'm not mistaken we were staying in Crawley. My collegue and I figured it would be a nice plan to extend the trip and stay over the weekend in London. I booked a hotel at Piccadilly circus and while typing this I recall it was the Hotel Regent palace. Being a tourist we visited various places but we also ended up at Harvey Nicks. While being there I figured to treat myself on a nice outfit. So I bought a nice pair of Armani jeans, belt and shirt. My first designer clothing purchase, it was clearly to expensive but a nice reward on the new job. When going to the counter I was just to late as a woman and her son loaded the counter with their clothing. I was baffled as she had to pay nearly 5.000 GBP. So I guessed my purchase was a laugh.

And there's of course the Ferrari 400 supplied by HR Owen on the advert. I guess this prestige car dealer does not require any further explanation. It's just all these ingredients together about whealth and luxury, or as ABBA used to sing; money money, must be funny in a rich men's world.

Just picture yourself going to buy a Ferrari 400 at HR Owen and on delivery you cruise around in London with the missus, driving to Harvey Nicks and buy her a fur coat. Priceless. 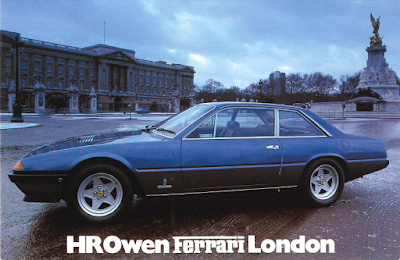 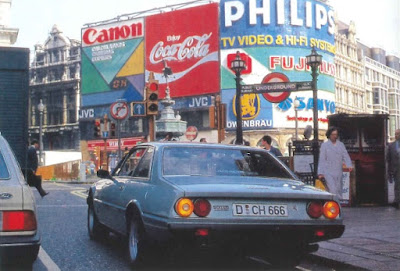 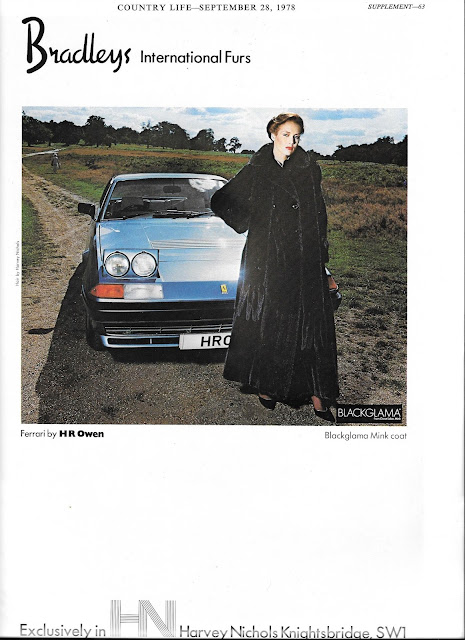 And yesterday I received my ordered items. Turns out the magazine I bought is the incorrect version. They issued the magazine twice in September, one for the 7th and one for the 28th. The magazine itself is mostly about adverts for pricey real estates and antiques. It does happen to have a small article about cars; a review about a Ford Fiesta 1300S and a Lada 1500. A new Lada in 1978 in the UK costed back then 2511 GBP.  The page next to it is a full color glossy Rolex advert. How's that.
In any case, this edition also had a similar advert from Bradleys but with a Roller on it. 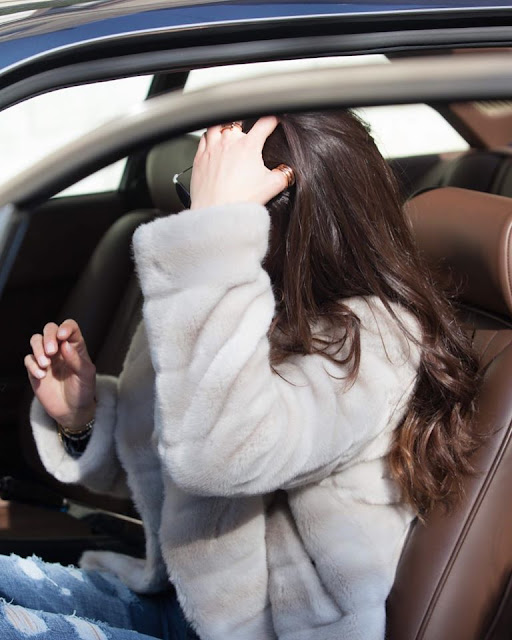 Email ThisBlogThis!Share to TwitterShare to FacebookShare to Pinterest
Labels: reclame

That's an interesting one. I don't know anything about the condition of this car but that seems a modest estimate price to me. Unfortunately I can't visit this event ... 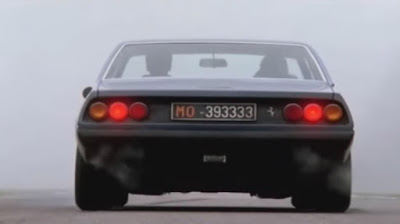 update 8-8-2016: I noticed this picture posted by Pieter Botman on FB which reminded me about this auction. Unfortunately the website does not reveal yet for how much it went ... 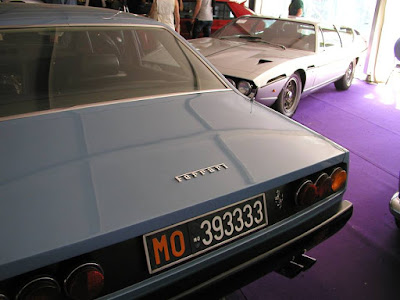 Yes, another magazine purchase with a remarkable review and a remarkable 400.
It's now available in the download folder. Thanks for finding the cover Frank! - I only just noticed it now :-)

For those unaware, a kind reminder about the magazine index:

If you like my efforts and want to see more magazine articles, there is a donation button on the top right. 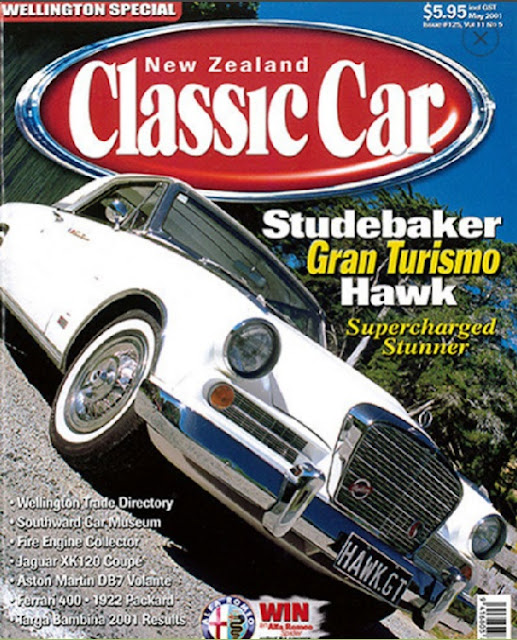 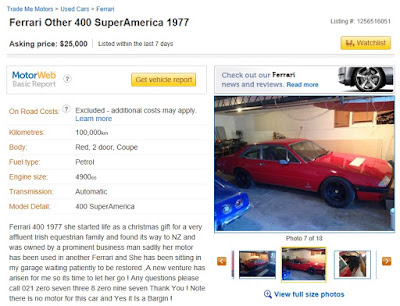 Just for the records, because it's located in my hometown:

This is the same car that was offered for sale at Louwman: 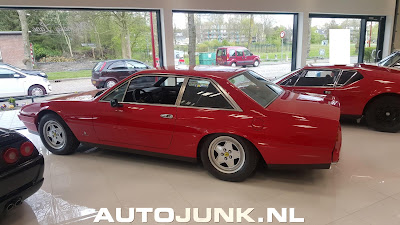 And another auction just closed and again I was being outbid on some pictures of my interest. The final bid price amazed me. The first 3 pictures went together for € 106,- (excluding 16% auction fee, VAT and shipping costs). And the 2nd batch went for € 61,-

Bummer, but I left the auctioneers a message to pass on my contact details, hoping the highest bidder is willing to sell the least interesting photo ...

Other examples I missed out in the recent past: 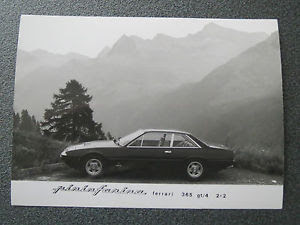 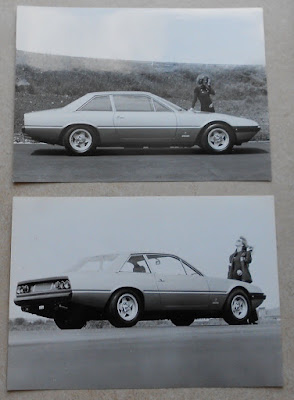 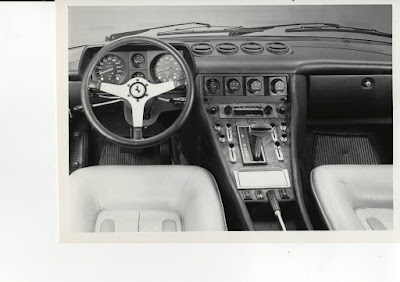 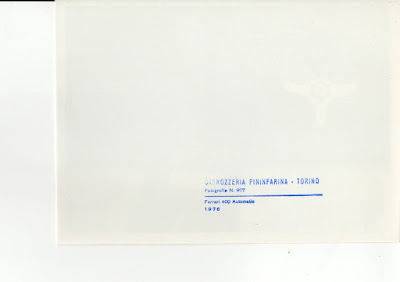 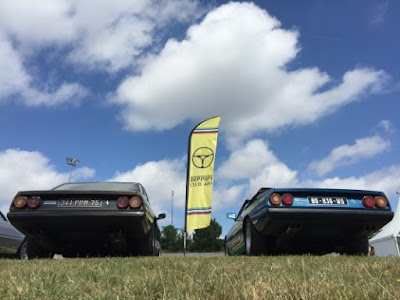 I just received the first picture from a friend. Unfortunately I couldn't attend this event as I had already two Italian road trips. In any case, I expect a formal report written up by the European 400 club on their return: 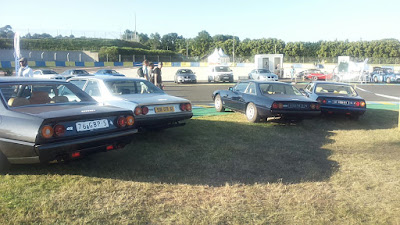 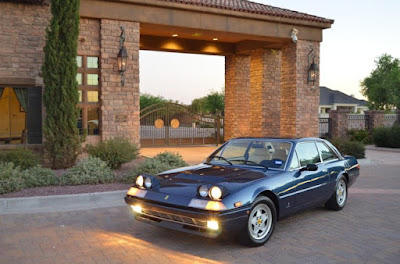 Email ThisBlogThis!Share to TwitterShare to FacebookShare to Pinterest
Labels: celeb

Just adding for the records: 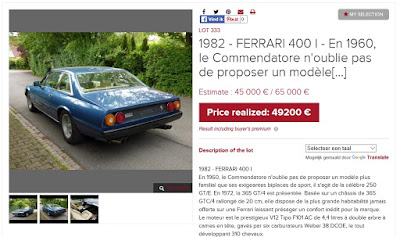 Thought this was a cool one.

Detail from the back of @johnsprings Pninfarina Ferrari showing the badge and also badges for the St Moritz Tobagganing Club which organises the Cresta Run on which John is a keen performer. Any extreme sport appeals to some. The shuttlecock which appears on one of the badges is a reference to the name of a particularly dangerous corner on the run where almost every rider has taken a tumble at some time. #Ferrari #ferrari400 #badge #pininfarina #classiccar #car #bkue #smtc #stmoritz #crestarun #cresta #shuttlecock #badminton #extremesport #johnsprings #enamelbadge
Een foto die is geplaatst door Jeffery Bates (@batesandhindmarch) op 3 Jul 2016 om 2:24 PDT

It's time again for the yearly MOT, as my car is older then 25 years I only have to do this every 2 years. I simply decided to use the same garage who did it last time. They know my car and last time around they did do a very good job on the additional maintenance required. At the time I only went there on advise of a friend when I was looking for a good airco specialist. Then I found out the owner was also into classis cars, see older blogs:

As my car is located a bit away from their location it did involve some logistics but it all worked out well. On arrival a nice Bentley was lined up: 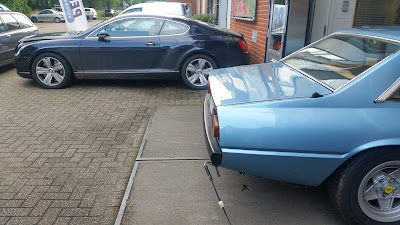 The 400 was more or less MOT approved except for a silly blinking light issue (the side marker in the bumper). I had noticed already myself that occassionly it was playing up and of course this manifested as well during the MOT. The blinking light itself was also slightly detached from the bumper likely causing the problem. In any case this will now get permanently fixed. Hopefully it will last another 35 years or so. This blinking unit had to be ordered at Kroymans and was not on stock. So I had to come back again. Furthermore it did require again a pair of new windscreen wipers as they were dried out and half loose. Which is typical as they got replaced 2 years ago as well. And also a new battery was installed as it was more less in a very poor state.

During the MOT check up I could see the car underneath again and was surprised how clean it still looked (sorry, forgot to take a picture). I certainly didn't expect that after the long roadtrips I have been making. In any case, I anticipate this year I won't be making long trips, at least not using the 400, just an occassional day trip or so. As such I will get the next large maintenance job (10.000 km interval) done next year. 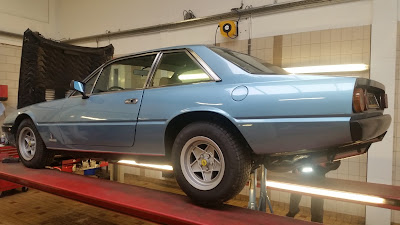 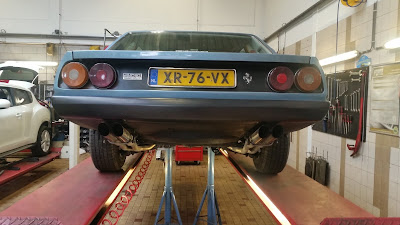 And the car garage also placed some nice pictures on their FB page:

Today the blinking light unit got replaced, the old one was heavily corroded and I suspect this was the culprit. The blinking light is not a Carello but a Altissimo, never heard of that one before (I'm still learning). It's easy available though as it was used on the Fiat 124 as well. 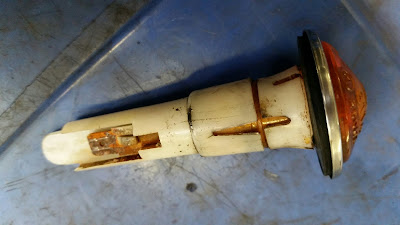 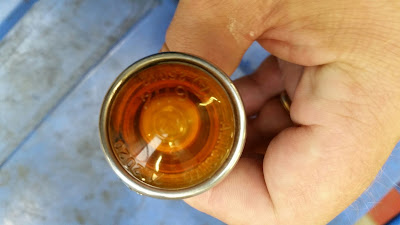